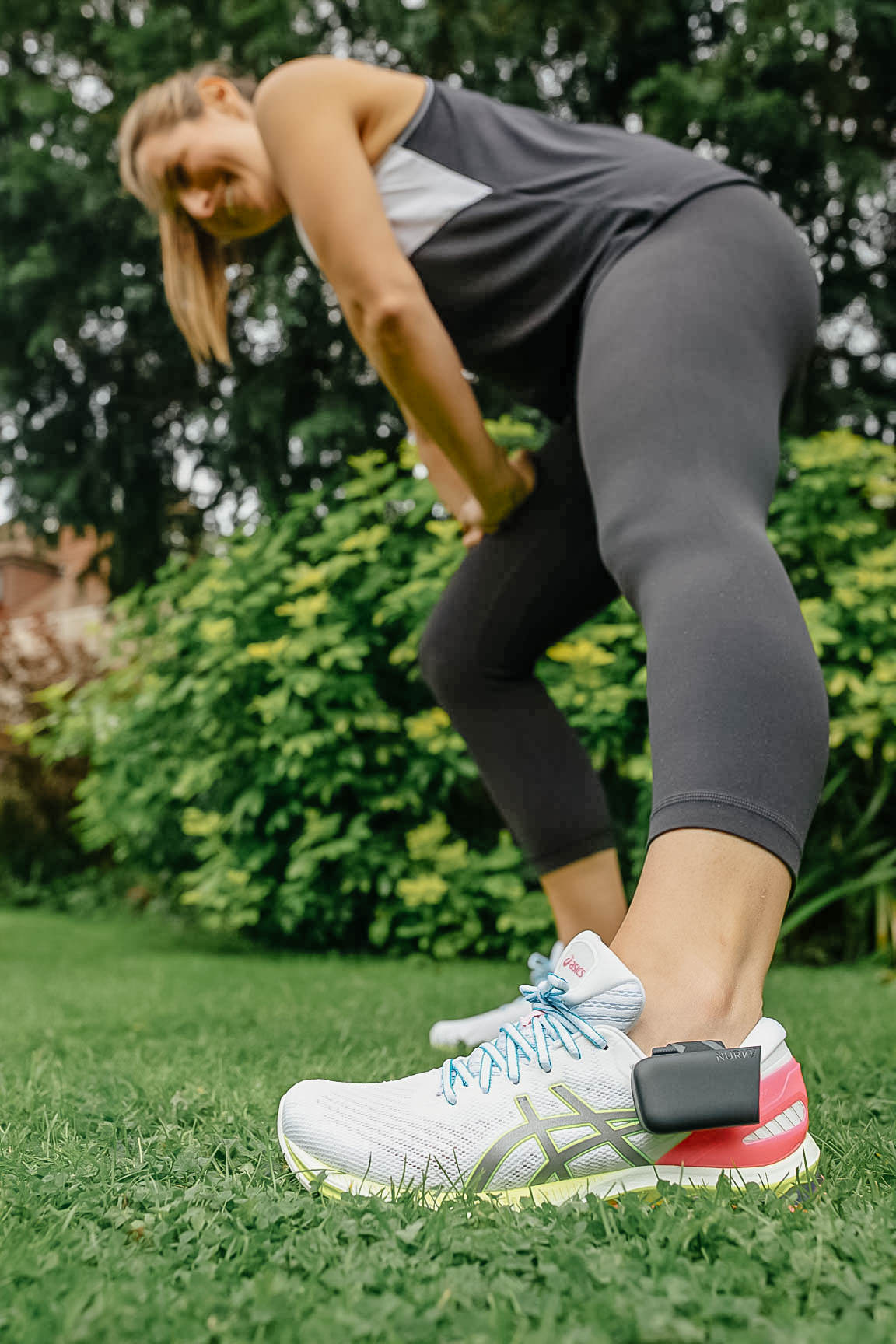 If you’ve ever been to a running shop and had your gait analysed, they’ve probably tried to sell you custom insoles, designed to help correct any imbalances in your running pattern.

Smart insoles go one step further. Rather than the insoles themselves being corrective, they contain sensors which capture data relating to various aspects of your form (foot strike, step length, pronation, and more) and then use that information to offer technique coaching. The aim is to help you run faster and stay injury-free.

The insoles also typically contain GPS tracking. Meaning they can provide much of the same run information you’d usually expect from your watch. To quote Sheri Rothe, founder of Nurvv Run Smart Insoles, “why is running measured from the wrist, when most of the important metrics happen at the feet?”

It’s a good question! I tested out a pair of Nurvvs to find out.  (I was gifted a pair but this post is in no way sponsored) 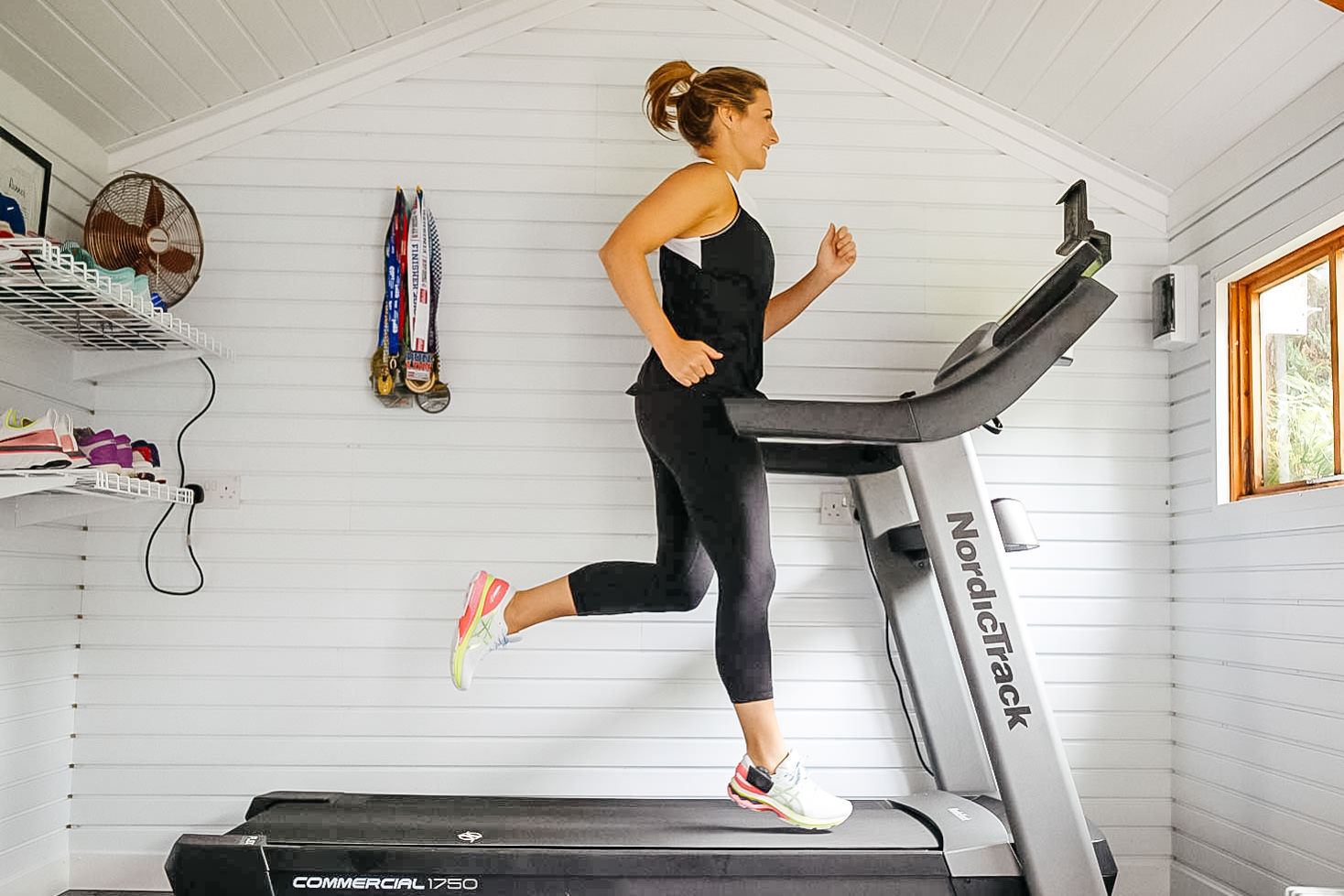 Before I tell you what I thought, here’s a quick overview of how exactly the Nurvv smart running insoles work and their key features. Often “new” running products just seem like variations of the same, but these insoles do actually feel quite innovative.

The Nurvv system is made up of two insoles containing 32 precision sensors, which fit into any shoes. These sensors measure different parts of your technique at a rate of 1000 times per second.

Along with the insoles, you receive two trackers that need to be connected to the clips on each insole. These trackers record your run data, such as distance and pace. They can also be used to start a run if you’re running without your phone (otherwise this can be done from the app).

The insoles and trackers combo capture data, and offers you feedback both in real-time via audio and visual cues and a post-run full analysis.

All data is analysed and can be viewed via the Nurvv App, which acts like your running dashboard as well as a coaching app. Here you can see your running stats and access features like the Pace Coach, Footstrike Trainer and Running Health Score (more on those below!). Essentially, it’s within the app that the huge amount of data recorded on your run is translated into something you can learn from.

Connect with other devices

The insoles connect with some other devices, giving you four ways to run: Garmin watches, Apple Watch, phone or in standalone mode with NURVV Run only. You can also sync with Strava, other ANT+ devices (e.g. Suunto) and bluetooth headphones etc.

This should be enough for most training runs but you might struggle to record your whole run if you’re upping your mileage in ultra raining, or on race day. 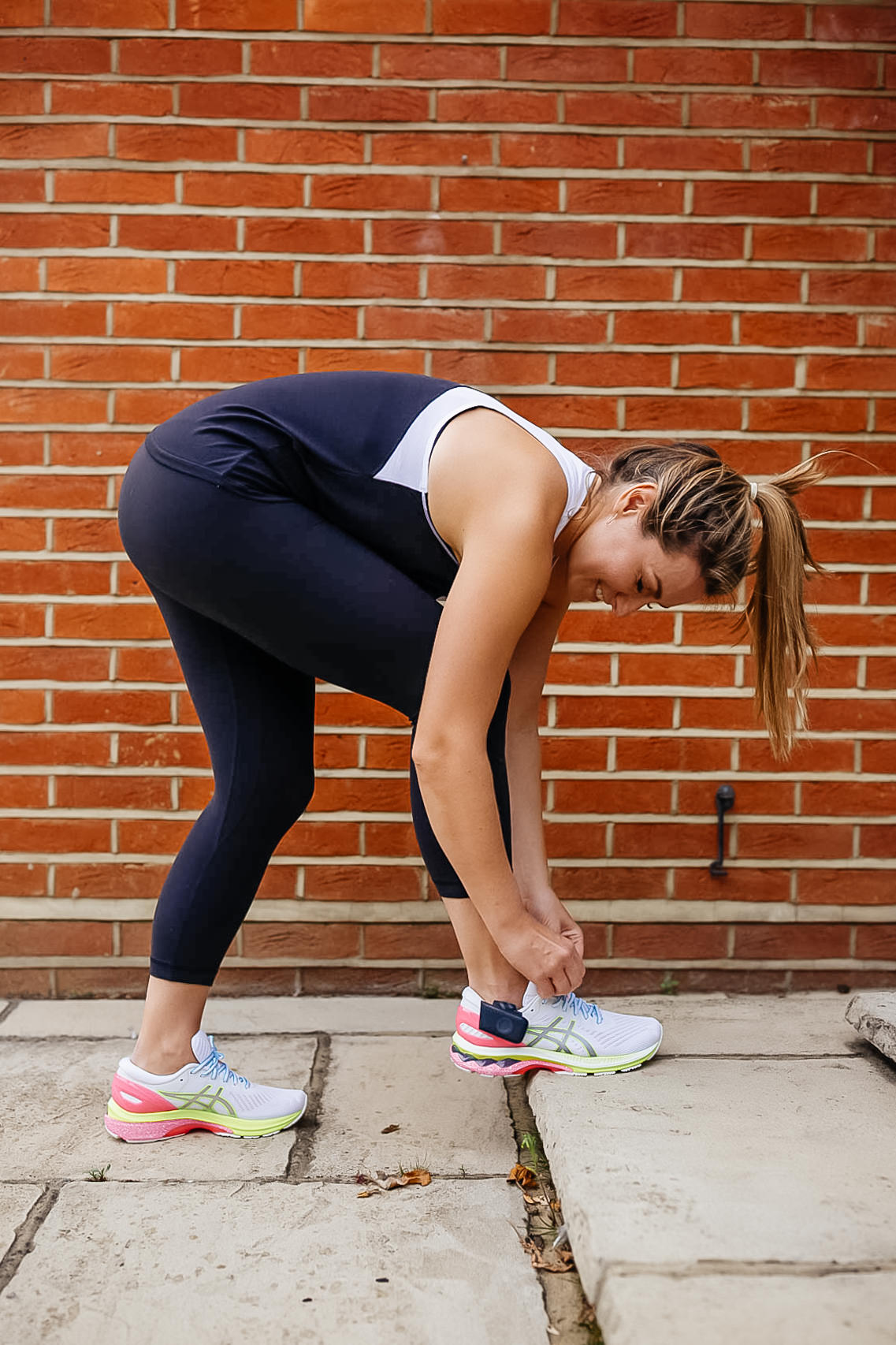 Using the pronation sensors in the insoles and the app, the Footstrike Trainer provides real-time visualization of your footstrike with each step. This means you can make a connection with how a certain landing feels. And what’s actually happening, and also see any mismatches. The logic here is that mismatches could indicate imbalances elsewhere in your body which could lead to injury, so it’s useful to identify these.

Most watches offer some level of wrist-based run coaching, such as guiding you through interval sessions. The Nurvv Pace Coach takes this a step further. Utilising additional running technique data to keep you on track in terms of cadence or step length. And help you meet your target pace.

The Running Health Score is a combined metric based on four key elements: Training Load, Cadence, Pronation, and Balance. Your score is measured on a 0-100 scale where a score of 0 represents less healthy (higher injury risk) and 100 represents very healthy (lower injury risk). You can then use the Health Radar and Breakdown features to identify areas for improvement.

Knowing how much or little to run can be one of the trickiest things about training, especially if you don’t have your own coach. Nurvv’s daily run allowance calculator suggests your optimal running distance each day to minimise injury whilst increasing fitness. 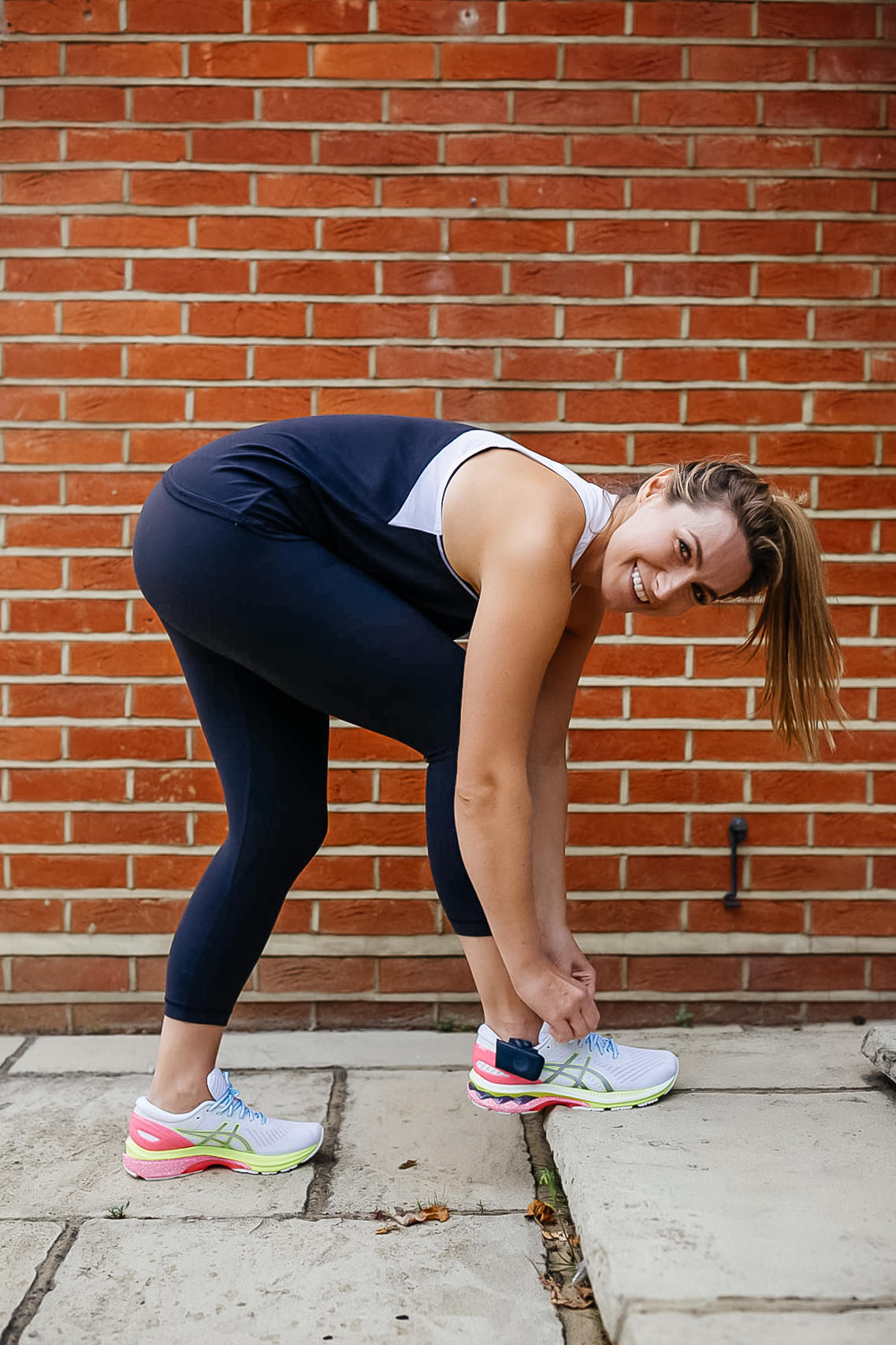 Through the app you get so much information about your foot strike, cadence, speed, power etc, that it gives you such a great starting point to begin working on form and stride. These are things I try to think about on easy runs. So that hopefully they become second nature as I get further into marathon training. You can use the app to choose what you want to focus on and it will give you tips to improve! With no races on the cards in the near future, it could be a great time to focus on your form!

Don’t have a coach or missing your run clubs? The in-app coaching can help you stay on target pace and work towards your goals giving feedback whilst on the run.

For those working remote coaches can share the information from the Nurvv insoles giving them far more data than your standard GPS watch statistics, helping the coach formulate plans to improve your speed, running form and efficiency.

Currently with running shops closed, it’s difficult to purchase a new pair of shoes that is right for your gait without trusting an old fave model! You can use the app to check your gait, find out whether you pronate or supinate. Or if you’re more of a neutral runner and choose a shoe accordingly. Furthermore, once you’ve got your shoes, you can use the insoles to make sure they’re helping rather than exacerbating a problem. I personally wear different shoes on easy runs vs speed workouts. And I can compare the data to ensure I’m wearing the appropriate pair based on the app feedback. 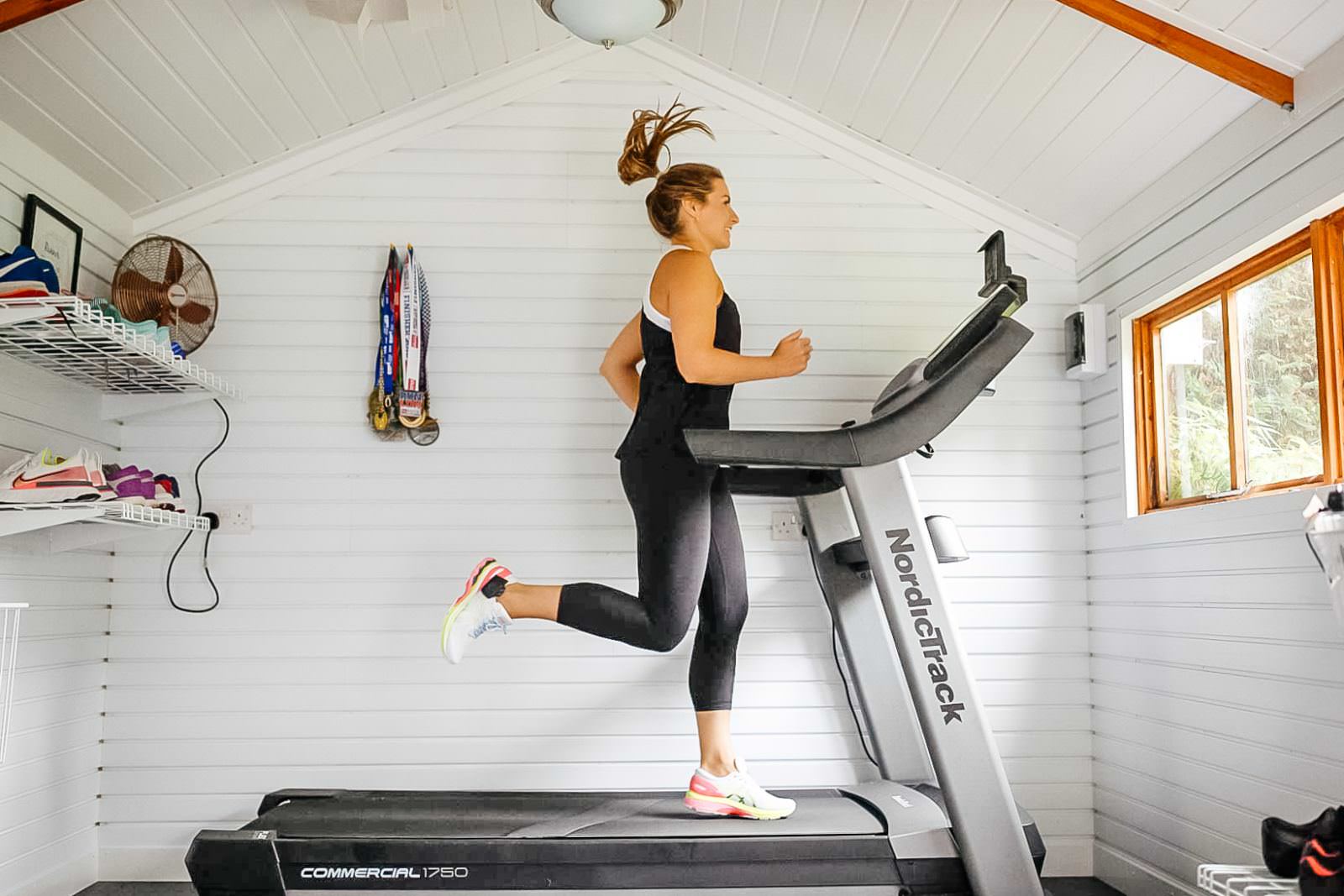 I struggled to find GPS on occasion. (Do you remember when you had to stand outside with your watch in the air to try to get connection?) You do need to be outside to get the GPS to work which can be a little frustrating in the cold/rain. As you can’t get this set up pre-run. If you’re not worried about the route mapping function, then you can use the insoles without GPS so that you can get the rest of the running data.

That said, when I did manage to set up the GPS, I found that they were perfectly in line with pace and distance as my Garmin watch.

Whilst it does get easier, clipping the trackers on and off (especially off!) the chargers and insoles. There is a demo video on the app if you find it tricky!

The first time you use the app and trackers, you need to upgrade the systems. (And occasionally when the trackers have software updates.)

The trackers weigh around 150g which isn’t much but given that we’re always looking for more and more lightweight shoes, adding these trackers to your speed/track shoes might be noticeable. Personally, I would wear these more on easy and long runs rather than for my 800m repeats.

It can’t go unmentioned that the price of these insoles is high at £249.99. Whilst that’s not out of the ballpark of a GPS watch, the lifespan of the insoles isn’t as long as a quality watch. According to Nurvv the insoles should last as long as 3 pairs of running shoes. So estimates suggest between 900-1500 miles, so around 9-18 months. You can buy a replacement pair of insoles for £59.99.

I have to admit, I haven’t used my insoles as much as I thought I might. But I’ve put them on my fave pair of easy run shoes and plan to utilise them a little more often and send the data to my coach. I’m starting my Boston Project training right at the start. So I might as well try to get into good habits.

Personally I think these are a ‘nice to have’ rather than running essential. If you’re looking to take your running up a notch and love data, then these are a fun purchase to analyse each run. However, if you’re choosing between a watch and a pair of the Nurvv insoles…my vote is to spend your money on a running watch!